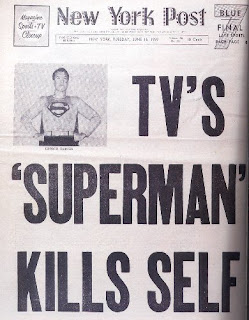 I recently heard an archived interview with Dana Reeve (wife of the late Christopher) from the Howard Stern show. Among the topics of conversation was the Superman curse:


" The Superman curse refers to a series of misfortunes that have plagued creative people involved in adaptations of Superman in various media, particularly actors who have played the role of Superman on film and television. The curse basically states, If you intend to play the strongest man on Earth, you will either die or end up in the weakest position possible...."
- wikipedia


While this curse has been well documented in folk lore, bar stool philosophy, comicon back rooms and a Ben Affleck movie; the real truth about the tragedy of the Superman curse comes from The Flaming Lips. In 1999, I stumbled upon a Flaming Lips album in the record store. My thoughts of them were of a Roxy Music type flamboyant glam band.....I was wrong. The record "The Soft Bulletin" was produced by the great Dave Fridmann and Steven Drozd's sonic contributions catapulted the band from an avant garde garage band to rock opera purveyors.

It was not until a few listens through that I landed on my pillow to hear "Waiting for Superman". As happens with me and lady music from time to time, tears flowed from my face while the extraordinary story unfolded:

Wayne Coyne sings: "...is it overwhelming to use a crane to crush a fly...it's a good time for Superman to lift the sun into the sky..."

"...tell everybody waiting for Superman that they should try to hold on the best they can. He hasn't dropped them, forgot them, or anything. It's just too heavy for Superman to lift..."

Mind blowing in it's crushing nature as if to tell us....If Superman is giving up by taking his own life under pressure what can we possibly do to get through this. The man in the cape is not coming, he has laid himself down in defeat, you are on your own! For some reason the song, as terrible as it seemed on the surface, gave me hope. Hope that maybe one day Superman would be back and that he has not dropped or forgotten us but that he is in a bunker planning his grand return to save the human race. If the aforementioned failed it helped me understand that Superman (or God or my Dad or my Boss) will not always be there for me so there comes a point where I have to ask myself....."If not me, then who?".

Years later I was attending an Iron & Wine performance and the great Sam Beam armed with only an acoustic guitar performed 'waiting for superman'; again the tears. How on earth could Sam Beam possibly realize the importance of this song to me, why did it fit so perfectly with the rest of his set and why was he looking directly at me as he sang the tragic/hope filled tale. As Sam's sister Sara complimented his voice into the chorus the sun was truly lifted into the sky. For the first time in a very long time I felt completely at home. I swore if I ever became a father to a son I would name him Sam.

So now as the doom and gloom of the world's financial abyss drowns us all, families part, people take their own lives, and soldiers struggle for our freedom on earth...our heroes seem to be in exile.

As your humble narrator I can only offer you this:

Keep Your Eyes on the Horizon - Superman is coming!
(and until he does)
Ask Yourself - If Not Me Then Who? - Carry the weight long enough and you too will learn to fly.


Hold on the best you can,

Posted by DavidKovacovich at 8:42 AM No comments:

A Gateway to Opportunity 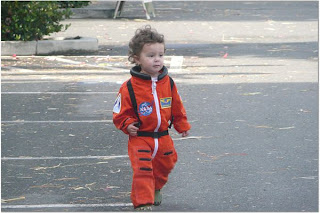 If ever you loose faith in humanity take time to visit the International Welcome Gate at the airport.

When we get off a day long flight a smiling face is all we need to remember the reason we endure our long and frustrating journey. We arrive at our destination with engaged hope for what is to come and spirits lifted. Limitless opportunity is met with the genuine kindness in the face of an old friend. Kids fly into their Daddy's arms and run rough shot through the terminal after being couped up for a fort night. I did not see frustration in the faces of the weary worldly travelers but rather a humble thanks for being home safe or for having arrived at a new opportunity.

Why then is our return to the airport different? Stress over making our flight on time, traffic, our outworn welcome and the need to get out of a friend's hair...tears for a love lost and a last trip to a place for which we once held high hopes.

The journeys we embark upon in life are set before us as the pages in a long story; some will be front page news and others a word in the appendix. I struggled through traffic to get to the airport, paid too much for parking, and waited in a crowded area with swine flu paranoid strangers. On top of this, my best friend was held up in customs and I was forced to leave back to my busy life without seeing him. Time and money lost and an opportunity to provide my courageous pal much needed validation missed. But the human compassion of my fellow travelers could not keep me from smiling.

If we understand that each arrival is a new opportunity and that we are always moving from one new thing to the next; maybe we can find the beauty in every action. Each time we step into uncertainty we challenge ourselves to create something new. Every time we fail to stray we miss a chance to move forward. If we are constantly 'arriving' then there is never a reason to look back but only forward.

The way home is always less exciting but once we have taken a path the walk back seems shorter.

- Dave
Posted by DavidKovacovich at 8:35 AM No comments:

College Graduates of the Class of 2009 -
Congratulations on the extraordinary achievements that have lead you here. For many of you this will mean the conclusion of your formal education which would mean you never have to sit through 'class' again. The elation of escaping the 'teachers and books' is most certainly coupled with the fear of the unknown. Use your uncertainty to fuel your ambition; seldom in life will you face a time a greater possibility.

I am not a person of extended extensive degrees or certifications but I can certainly offer you a few tips from one who crossed the educational finish line a decade before you did:

Be Positive - your approach to every day will determine it's outcome.

Be Confident yet Humble - everyone loves courage no one appreciates the indignity of pomposity.

Ask Questions for the Sake of Expanding your Skill Set ...do not grandstand by asking questions to which you know the answer for the sake of showcasing your knowledge.

Know that Nothing is too Important - as your life and career endure you will face many challenges and will fail many times....don't get too hung up on any singular events.

Find the Energy in the Things you Love and Apply that Energy to your Professional Life - you don't have to become an M.C. if you love rap music but the energy behind that music can drive your organizational ambition.

Dress Professionally but Differentiate Your Personal Spirit - Don't be afraid to inject your personality into your job....who you truly are as a person will be the difference in your climb to success.

Never Underestimate a Relationship - The hot dog vendor's sister could be a CEO, take time to say a genuine hello.

Brand 'YOU' - The job for which you search and find will be qualified by your resume...people buy from, promote, and refer those who are unique in their personal ambition.

Time to Give Your Facebook a Face Lift - social networking tools can be a massive differentiator in building (or destroying) credibility and professional relationships.

Find a career that represents the true direction of your soul. Professional passion is the difference in a job and a life's ambition. If you fall into something due to tradition or skill set you will forever punch a clock. Find what you love and do what you have to do to make that your profession. Now is the time to figure out who you are and who you want to be....don't wait until others are dependant upon you to shift your professional direction.

Know that human compassion is not only essential in a professional environment it is the most important thing! Regardless of what you might have seen in the movies, stepping on people to get to the top of the corporate ladder is a farce. Every bridge to which you set fire will leave you further from home....you will need to go back one day!

Finally, let me be the first to offer you advice to take with a grain of salt. The only goals that matter are your own.

Go Now and Thrive! There has never been a better time to explore all that you have to offer this world!

- Dave
Posted by DavidKovacovich at 7:18 AM No comments:

Friends -
Competition is an interesting thing. In a day and age when it would be presumed that helping one another has never been more important, we seem to survive on the failure of others. 'Better her than me'...'don't jump on sinking ship'...'why would he try that'. The aforementioned themes are ruminating from those in the bleachers with crossed arms across America.

There are those who believe that the concept of "everybody wins" is a slogan for a culture of wussies. Question: are you winning because you are the best or are you winning because no one else seems to want to join in the seemingly meaningless charade? In essence, are you the King or the Court Jester? And if someone always has to win and you are willing to be that someone are the others falling short of your energy or is your energy misdirected.

Next time you beat your chest in victory - take a look around - there may be a reason why you are celebrating alone.

Until Next Week - Keep your head up and your stick on the ice!

Dave
Posted by DavidKovacovich at 12:45 PM No comments: