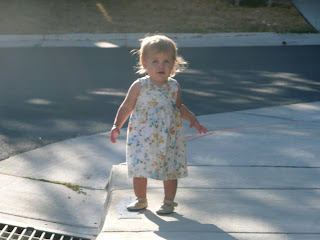 I detest Generational Stereotyping so I do not find myself entitled to give advice to incoming or outgoing professionals. We live in a complex time when anyone can publish a strategic plan thus clouding the relevance of any publication.

I've been selling Human Capital Management software and supporting services for a decade. The space once crowded is now less-crowded due to the number of companies who have failed to understand the difference between Employee Engagement and Employee Recognition.

I have worked with the largest companies in the world in my 20 years of sales. With every year in the sales profession come new strategies and new ideas.

There is social selling and lead generation and CRM and strong mail.

It can be incredibly intimidating for a sales professional to understand the tools that have been created to expedite the sales process.

So, whether you are 80 and trying to stay relevant or 20 and trying to break in, allow me to introduce a few points of consideration:
The Moment My Life Changed
I went to every sales training class offered to me. I networked with the top sales reps in our company. I read every sales blog and e-newsletter and went to seminars on how to sell.

I stood in booths at trade shows for a decade: scanning badges, demoing technology, referring those with impressive titles to subject matter experts. We who were called upon to "man the booth" did so with pride.

The average sales professional receives negative feedback over 100 times a day. If you make 12 call connects an hour and work 10 hours a day, that means more than 80% of people with whom you actually interact will hang up on you. A minimal percentage of those people will also threaten your children's lives.

Still Want To Try It?

Still think the Salespeople get all the credit? 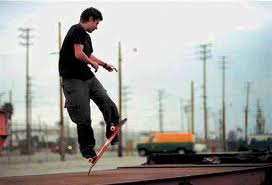 The Element of Surprise
I was at a trade show when my boss handed me a badge and told me to attend a conference presentation. I got there 30 minutes early to get a good seat. I sat down and the girl next to me immediately started conversing with me about a competitor of ours, their platforms and how bad she assumed the presentation would suck. I met 10 other people who gave me feedback with similar candor before the presentation even began.

In the 100 hours I had worked at booths on trade show floors, I had very few genuine conversations. By "sitting with our audience" I learned more in 30 minutes than I had in the five years prior of attending sales seminars.

Turns out, our buyers perspective doesn't always align with the sales training ethos. I didn't have to overcome objections, I was merely telling a story about a business I knew inside and out. Suddenly, they started taking notes... and asking questions... and requesting follow up meetings.

The single most important element of selling is providing Commercial Insight. This means you have to do your research: by meeting people with the intent of intimately understanding business strategy (and how your solution can improve upon it).

Manners Matter
In the time you spent memorizing your pitch, did you forget how to be reasonable?

More than knowing how your widget works, how to advance to the proposal stage or what you can do to "control the sales cycle"... here are 6 simple concepts:
You can throw all the fancy technology out the window, stop charting statistics for advancement and forget writing intriguing copy for e-mail blasts. All you really need to do is pick up a phone, ask someone what they need and develop enough intelligence to articulate how your solution fits their need.

We tend to want to show off our expertise by knowing more than anyone. Sometimes all you have to say if "I know what you mean".

Many will tell you your sales career will not endure the shift in the workplace if you are not up on technology and social selling. Said tools will never replace human interaction.

You can have all the industry knowledge in the world, but if you cannot explain why your solution works, your research is wasted.

Dave
Posted by DavidKovacovich at 7:11 AM No comments: 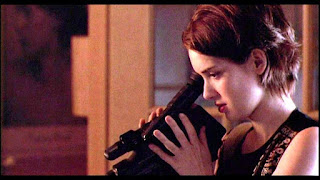 I've been vocal regarding Generational Stereotyping in the workplace. The tug-of-talent between Baby Boomers and Millennials as succession planning ushers in the leaders of tomorrow has been recognizable.

... Then there's me and all my friends known as Generation X.

With the exception of Reality Bites and the Real World (neither of which offended me), I don't recall any onslaught of Generational Stereotyping when I entered the workforce.

It took me 6 years to graduate college. I went to class, worked at a bar and was a lead singer in a rock band all while being our Fraternity President. I gained a ton of life experience while meeting a ton of amazing people (young and old). Three things served my success:

I got an internship in sales while still in college. It was an inside sales gig and my territory was East Coast. I was required to be in the office at 5am. 5am was the finish line, not the starting point, during that point of my life. The first day on the job, I got in my piece of shit car and headed up to grown up people land (Scottsdale). This, while a well-intention young lady threw up on my front lawn (exercising the demons of the night before). In the same way the Wrestling team was my home in High School and the Fraternity was my home in college; work created an alternate support group. I met people from all over with different lifestyles and they all put a rock on the path that created my life.

After I graduated, I got a job in sales at the Coca-Cola Company. There was no CRM or Social Media or Lead Development or even a Training class..... I was given a phone book and told to get to work. I made 200 calls a day asking people if they'd be willing to accept a vending machine in their business. Everyone in the Dot Com perk heavy Silicon Valley told me to get bent. I loved it... all of it.... the people I met, the persistence I acquired and the reward I felt when "No" finally turned into "Yes". While my process has become more defined over the years, people still tell me to get bent... every day! It's a tough racket.

I wasn't born to be a salesman but I was never afraid to try new things or to have my failures broadcast.

It sucks when you lose, It rules when you win.... and so goes the story of how I found my way in the corporate world. It had nothing to do with when I was born, before I was embarrassed of my own bravado, I had smashed my head into a wall for 10,000 hours.

I dislike young people who are too self-aware to try.

I dislike old people who think they are self-aware because they punched a clock for 30 years. 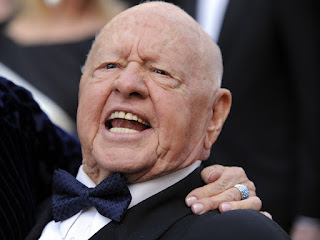 It's pretty simple:
~ Entitled parents produce entitled kids.
~ Those who haven't achieved anything have a boat load of excuses that they call advice.
~ He/She who dies with the most toys does not win.

I had extremely supportive parents. I had a group of friends who recognized my intensity as motivation (not anger), I met a few people along the way who appreciated my ambition, and (ultimately) I met a girl who was unimpressed by the character I pretended to be.... and instead helped me develop my true character!

My friends and I rode skateboards and wrote songs and drove cars through the alleys we had no business inhabiting. We'd of laid down in traffic for one another until we realized that being in the middle of the street was a bad idea.

When one is born is not nearly as significant as the path they are directed toward. I'm tired of professionals seeking to understand workforce motivation by bucketing people by birth certificate.

To understand a collective we must seek to understand the individuals who compose the whole. Habitat is more important than origin.

We deter individual empowerment for fear that a lack of structure can only lead to chaos. That individuals cannot be trusted.... That only process can yield results.... That one must be managed in-order to perform.

What if people could take the skills they had acquired through their life experience and apply them to their profession? What if personal passion could drive professional progress?

We all just want to know that we are in a place where we can share ideas and have them adopted and for that to lead us to a progression that aids an organization to actually make a difference in the world.

... and the world turns and people come eager to learn, grow and prosper.

... and you have the ability to teach and to learn... the process of which will bolster your immortality!

Dave
Posted by DavidKovacovich at 12:45 PM No comments: