2015 was a remarkable year in music! Lord Huron & The Tallest Man on Earth followed past successes with even better records. Legends like The Decemberists, Death Cab for Cutie, Built to Spill & Modest Mouse returned to the limelight. Josh Ritter & Jason Isbell pulled hard on our heart strings. Even ELO put out a new album (and its really good).

If you are so inclined, check out 30 Trips Around the Sun by The Grateful Dead, It is the quintessential guide to their 50 year career.

Thanks to Frank Turner for releasing the recording of the most empathetic song ever written.

In the sacred space of the concert hall, a great many of our friends were taken from the world.

... all the more reason to create music and cherish every note.

Courtney Barnett is a force to be reckoned with. No one had greater expectations going into 2015 and the little lady from Australia delivered in spades... blowing minds across South by Southwest and further the world. All with a smile on her face, a magnificent personal style and monster guitar riffs. Feminists and jocks alike can't help falling in love with her!

4. Faith In the Future by Craig Finn

"... the ATF were belligerent, there were handcuffed girls with barely any clothes..."

The Heroic Hold Steady Frontman returns with another solo record of heart tangling youthful rock ballads. How does a middle aged dude capture the youthful spirit (often from a female perspective) so well? If any of us knew we would be Craig Finn. The opening track captures the terror of parenting to perfection. There is not a better songwriter who receives less popular fanfare for his craft... and I bet he's OK with that.

My friend Carlos has been one of my favorite song writers for nearly 20 years. After the untimely demise of his band For Stars, Carlos returned to the scene a few years back... where his solo debut might mirror the self titled For Stars record, Disasters picks up where It Falls Apart left off. Deep meditations from far beyond where the waves break. Heart breaking tributes to fallen loved ones and heartfelt assurances to those Carlos has brought into the world. A remarkable accomplishment!

Prepare yourself before you listen to this one... Sufjan Stevens strips down to tell the story of the mother who abandoned him by her death bed recreating their kinship.  Last year, I called Benji by Sun Kil Moon the saddest record ever written... this album is 10 times more difficult to listen to.

... and through it all Sufjan Stevens seems to emerge stronger, forgiving and optimistic.

1. Back On Top by The Front Bottoms

In the midst of the doom and gloom of 2015.... the Front Bottoms emerge with the GREATEST PARTY ALBUM of all time! Amid the cautions of growing up is a youthful optimism that kids and their grandparents can in equal parts enjoy.

While we hide in our bomb shelters.... it's great to know that Brian Sella and the boys from Jersey are still throwing up on their shoes while howling into the night!

Dave
Posted by DavidKovacovich at 7:50 AM No comments:

Wish You Were Here

I'm not a big fan of year end lists and I tend to be more Grinch than Santa Celebrator during the wonderful holiday season. That said, a question posed at a conclusion of a recent on-line chat got my wheels turning:

What Do You Wish For All Your Employees As We Approach The New Year?

A9 - Find Out Who You Want to Be & Let Us Help You Get There! Internally or Elsewhere. Silent Desperation is a Waste of Life! #NextChat #HR
— David Kovacovich (@DavidKovacovich) December 2, 2015

Those of us who have been swimming through the HR Blogosphere can tend to get pretty intricate regarding our thoughts on Employee Engagement and the like. The above is a simple mission statement that I feel cuts to the core of what really engages people.

When creating workforce strategy that scales the globe it is very difficult to take into account the goals of each and every employee. Sometimes practicality has to eclipse the crystal ball.

What if engaging your employees was as simple as asking them the question above.

What Do You Want?
How often do we seek to understand our employees frame of mind before designing program initiatives.

~ Do you implement workforce incentives based on best practices?
~ How does that make your employee offering unique or intriguing?

Giving away cookie cutters makes you just another bakery.

The best performance management objectives I have seen lie within the metrics of the SCARF program. If you are not familiar with the technique, it allows employees to stack rank their personal objectives for organizational engagement.

Knowing what people want (by their own direction) makes people much easier to manage.

Why Are Managers Afraid to Lead?
Leadership is an act of servitude. Some managers fail to recognize this. As a leader, one's obligation is to help people achieve their fullest potential.

People want to know on a daily basis the rung upon which they stand and how to ascend. Clarity breeds transparency which creates trust. With trust comes engagement!

People Don't Leave Companies, They Leave Managers!
Don't allow yourself to be an example of the "those you cannot do, teach" ethos.

Dave
Posted by DavidKovacovich at 8:35 AM No comments: 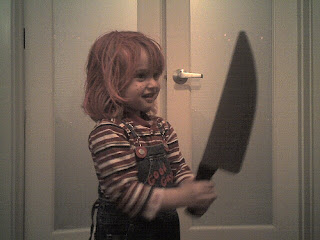 Thanksgiving has come and gone. That time of year when family is so extremely important....

We gather our brood, put on our worst sweater and head over to Grandma's for the world's finest home cooking.... we have a few too many classes of wine, say what's really on our mind and storm off before the pumpkin pie is served.

We don't need a designated day to love our family, a certain day to bargain shop or a time to be told it is appropriate to give.

The best Thanksgiving I had in my life was with my friends at a Ben Folds Five concert, an entirely different state from my family... that doesn't mean I love my family any less, I simply don't need to be told how to love.

Let's apply this to Employee Engagement.

Is the sales rep who is at 300% of her quota but never completes her TPS reports less-engaged than the new hire with no revenue who is the first to turn in said reports?

Is the manager who's failing team loves him more-engaged than the top manager in the company (who no one can bare to talk to after hours)?

Is the young lady who loves programming with her headphones on less-engaged than the guy who gets up from his work space every 15 minutes to socialize?

People who are good at their job may be naturally skilled, seasoned, hard working, super-smart, and/or manipulative. A flawed personality and a big pay check make you an asshole but that doesn't devalue your contributions. 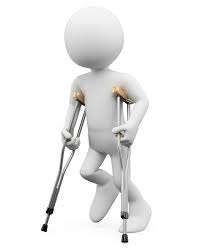 Recognition Cannot Be a Crutch
I know a programmatic manager who spends her allotted recognition budget to the penny every month. Each Friday she makes a point to block off 30 minutes in her outlook calendar to submit rewards and notes of recognition to her team. She does this to make up for the other 49.5 hours of the week that she abuses her staff. Her notes are not heart-felt but the rewards are redeemed as quickly as any other group.

The awards she affords are spent in spite of her leadership not because of it.

If you ran a report she might appear to have the most-engaged team in the organization. 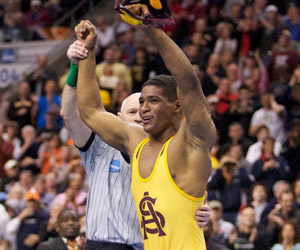 Reciprocity determines Culture! We don't all have to meet on the lawn to play football after work. Some times working for a company that trusts you to leave is all the engagement you need. 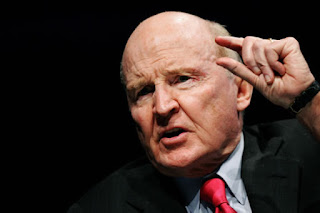 STOP Pretending Systematic Management Produces Results
Top revenue producers are not always the most litigious in submitting their expense reports.

At some point in our CRM driven, Big Data world we agreed to pretend that if a deal was written on a bar napkin, it didn't exist.

NEWSFLASH: tracking appointments, contacts and opportunities does not produce revenue....

That which you cannot measure is the secret sauce of your success.

If we could measure it, package it and produce you... you would!

In the end, you will fire those who are the best at meaningless tasks while the Lone Wolf defies the system with her every step closer to the bank.

~ Some have mature skill and wish to be left alone.
~ You can teach it but your audience needs to be trusted enough to apply it.
~ No one ever became CEO because their manager gave a passive speech about their ability.

Dave
Posted by DavidKovacovich at 9:21 AM No comments: