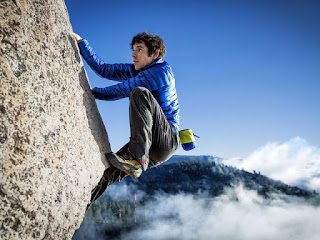 Early in my career I was obsessed with moving up the corporate ladder. I wanted to lead and effect change and create new avenues for organizational development. It was important to me. While my intentions were genuine, my process was flawed. I created what would have been viewed as a "work self". I was inauthentic to my genuine personality while at work. I put on a certain face, asked questions to show I knew the answer, volunteered for projects only for the sake of personal recognition and reveled in internal competition. At some point, I realized my ambition was causing me to act out of character. I'd been inelegant in representing my motivation. Instead of being a person others looked up to, I was the person others avoided. I had become the annoying guy in the office. The only choice I had was to leave a job I loved for the sake of cleaning the slate.

I started over by putting genuine intention into my work. I wanted to be sure any minute spent on the job was done so for a higher purpose; for something I believed in. I made sure my heart and mind drove my motivation. I let my work speak for me. I listened more than I talked. I was humble in victory and accountable in defeat. I did everything I could to make others look good. I used the term "we" instead of "me".

Then, a strange thing happened. I realized that I did not need to ascend the corporate ladder to evolve professionally.

People ask me all the time how they can climb the ladder. Here are a few thoughts:

Transcend Practicality
We start our careers with an intent of mastery. We want to put our 10,000 hours into our core job function to master a trade. There is a race to leveling up.

The problem is that the core skill set of programming may have nothing to do with leading people. People are predictably irrational and thus our quest for understanding is often met with an inability to see the forest through the trees. If you are rooted in a grid that makes progress a step by step process, you might be missing the key ingredient to progress.

While you master your trade you need to practice counter-intuitive thinking to meet others where they sit. You don't need to know anything about accounting to recognize an accountant's self-defined path to progress. 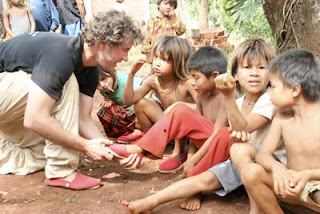 Leadership is an Act of Servitude
He tend to associate leadership with force. He look to those in positions of power to be assertive, decisive and confident. The perception of force driving influence is the very problem with qualification for promotion. Think about it.... I'd guess the worst bosses you've had possess the aforementioned characteristics while those who genuinely made an impact on your success were trusting and transparent.

Too many individuals alter their personalities to showcase what they believe the organization is seeking from leadership. One leaves their propensity for connection to prove they are not "too nice for the job".

Great leaders are willing to perform every task they ask of their employees. You'll find the best managers shelf micro-management for trusting relationships. When one realizes that their only job as a leader is to teach people the necessary skills and trust them to perform, engagement is inevitable.

How Thank You Works...
I've had conversations with people who have thanked me for something I did for them 10 years ago. There is a divine truth in the world in which we work:

... it is, however, difficult to realize this in the moment.

The way to master the patience of navigating recognition is not to expect it. If your actions are driven by a need to hear thank you, you are mislead. The journey in assisting others has many formless by-ways. If you only act to impress others, you will never be genuinely happy. When you learn that giving is more important than receiving, you stop expecting credit for your every action. 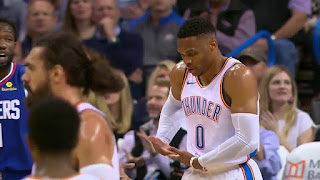 Coming out of the HRTech Conference, there seem to be a thousand emerging technologies to improve the hiring process. Machines can organize data bases, create better user experience and track end-to-end process. Once we've conquered those things it's up to the humans to refine the courting process.

It's that time of year when people are job hunting: Q4 numbers not where they should be, tenure has not created opportunity for advancement and graduation is moving interns into professionals. All reasons to dip thy toe in new waters. It is exciting and incredibly uncertain.

Determining where to spend your life based in a few conversations is a daunting task. The company brings their most-engaged employees forward and the candidate makes sure to get a fresh haircut. While there is nothing more exciting than starting a new career, nothing is worse than realizing you made the wrong choice a month into the job.

Transparency
People don't leave companies, they leave bosses. More so, people leave companies that silo their development to their direct manager. We hear endless stories of outstanding talent leaving companies because their boss is abusive. The great shame in it all is the shock the company feels when future superstars leave. People seldom blow the whistle on their under-qualified leader.

Performance reviews need to be opened to more than just a person's manager. Employees should have confidence in their ability to rate their bosses performance. Closed door one-to-one meetings should be eliminated.

Hiring managers need to be genuine when describing their leadership style during the interviewing process. Employees should feel comfortable asking their peers (including HR) about your future boss' leadership style. If he/she asks you why you asked others about them, their insecurity has already been revealed and you should not work for them.

Ignoring Reviews
I am of the opinion that crowd-sourced review sites are places where disgruntled former employees go to vent. Satisfaction surveys in general seem to be populated by those who either had a really good or a really bad experience.... neither of those benchmarks create action planning.

Go to Happy Hour with the team during the interviewing process. If people complain the minute their butts hit the stool it's probably a sign of misery to come.... or it could mean you are going to ascend quickly among the bad actors with whom you've been cast.

Significance
Great leaders can help you find a true life mission in picking up trash. In the absence of such vision, you'll need to find a company with SOMETHING that you would be proud to tell your children about.

Ask yourself a few simple questions:
In describing what you do for a living will people reply, "That's Interesting"?
Will the work you are doing on a daily basis make someones day better?

Leadership
Find a person in the interviewing process for whom you would jump over a wall. If that person doesn't exist, finding long term inspiration might be difficult. There are CEO's who inspire from the pulpit, organizational leaders who prove their commitment by practicing what they preach and those without a leadership designation who simply make everyone around them better. Any of the aforementioned people can be the difference in making your career a meaningful journey. Find them and give them the power of your attention.

Every job has it's pros and cons. At a certain point, it is incumbent upon the employee to take ownership of their Employee Experience. Things will never be perfect, but if you can check the majority of qualifications we explored above, an engaged career is likely.

As virtual work becomes the new normal, virtual culture is driving inclusion. Creating a path to development is as much an employee practice as it is a management expectation. Acquiring talent based on fit is the only way to create mutual success. If you are chasing a candidate that is over-qualified, their ability to thrive may be diminished. If you pretend a company is a great place to work, you'll probably be spending your time trying to find a way out.