Do you ever feel like you are forced to like certain bands... that some music is just assumed cool and therefore called upon to celebrate? Have you noticed a merging of pop and indie music with commercial groups topping indie lists?

The list I'm publishing this year might not have any real surprises but I think it is important for individuals to enjoy the music that speaks to them. If you love metal you don't have to try to pretend to like country music. Maybe you liked Springsteen in the 70's but you don't any more. Maybe you think Sonic Youth is just noise. Maybe you don't accept Lizzo or Billie Eillish as pleasing to the ear. You might think having Elton John headline an independent music festival works directly against the concept.

We live is an extraordinary time. As the years go on, the choices of music are amplified every day. There is so much to choose from and so much to ignore.

This year, Kate Tempest returned with a triumphant love story to humanity while Mary Lambert pulled back the band aid on so many women's health issues.

The Tallest Man of Earth, Damien Jurado and Will Johnson brought us acoustic plucked brilliance. Joe Pug and Joe Henry broke our collective hearts all over again. E.B The Younger reproduced the mid-seventies groove of Midlake. Hand Habits made some quiet, loud music. Big Thief made two records.

Fontaines D.C. and Sleaford Mods brought hooliganism to the fore. Jeff Tweedy remained prolific. Strand of Oaks returned with amplified melancholy. Sufjan Stevens wrote a ballet. Sturgill Simpson made a cartoon. Thom Yorke haunted us while Tyler the Creator confused us. Some emo bands collaborated on an acoustic album to show us that they are actually great songwriters.

The National released their greatest work and Dave Monks brought back the Tokyo Police Club sound.

...and the records spin and the amps buzz and people still pretend to like music that they don't. The leaves fall down and songs make us cry. We are reminded that in all the time between rain drops and the morning dew, a few minutes of sound through a car speaker can completely change the course of our lives.

Here's some stuff I love:


6. Phoenix by Pedro the Lion

The first time I heard Pedro the Lion  I was in equal parts struck by the sullen tone of the narrative and the simplicity of the music. It made me feel OK to be an independent musician without a master's degree in music theory. David Bazan has released 20 records since then, all perfectly nested in the initial formula. The only thing that changes in the lyrical narrative. Bazan's film is a life altering experience revealing the personal struggle behind the music. Some artist you simply assume will make great music, this is a year to celebrate Pedro the Lion. Phoenix takes us through Bazan's early life; innocent in reflection without ignoring warning signs. The trivial events of childhood foreshadowing all of the triumphs and disappointments at every mile marker.

"you're like a bad trip or a sick habit, I should have left you alone"

I cannot ignore the tastiness of pop punk (or whatever you want to call it). Pup reward their audience with triumphant choruses led in by thought provoking articulation of the moment at hand. There's the boredom of youth and the chaotic inventiveness that turns suburban kids into artists without apology. The bass line bumps, the drums thump and guitars clang.... what more do we need?

Craig Finn remains one of our greatest songwriters in the least accessible way. Where the Hold Steady's guitar noise had drown Finn's story telling, his solo work brings a greater accessibility to the words that hang like chandeliers. I Need a New War is the third installment (Faith in the Future and We All Want the Same Things preceding) that concludes the journey of youth-fueled action without fear of consequence. Here, Finn keeps the narrative strong in the uncertain joy of living day-to-day. He always knows how to tap into the mind frame of people who push the chips in only for them to fall on the floor (and the climb to repentance). Another masterpiece that can be contemplated over and over again with different results.

"I was standing for the anthem, banners all around him, the confetti made it hard to see"

Conor Oberst has held the mantle of the Bob Dylan of the new millennium since he was 12. While the exhaustion of bubble gum fame has worn on him, he always finds a way to re-create himself. Whether an electro-pop or country album, he's always kept an undertone rooted in the prodigal son coming of age. His unanticipated collaboration with Phoebe Bridgers is as perfect as a peanut butter cup. Every note, lyric, and harmony on this album is perfect.

"I won't lead no lie, with our hearts the only matter why"

Like Connor and Craig, Justin Vernon continues to carry an unrequested torch of musical brilliance by hugging fame through allowing others to hop on his opportunity train. How is it that the guy who created his first record in a cabin in the woods has become the godfather of auto-tune? What started as minimalist now spans infinite soundscapes. Beautiful multi-part harmonies wilt together like a rose in the rain, lyrics pull at heart strings and somehow these anthems hold the listener in humble silence. Another triumph from someone who has proven an ability to ignore the hype of his popularity by staying in the cabin.


1. Father of the Bride by Vampire Weekend

Rostam was the conductor on the sonic highway through which Vampire Weekend traveled in each of their extraordinary preceding records. His contributions on this record overshadowed by Ezra's duets with Danielle Haim that would make Johnny and June Cash blush. The aforementioned duets that touch base in each of the three acts of this record are interwoven with top down summer anthems, campfire tunes and heel pounding square dance anthems... this is a country record that sounds nothing like country music. The lyrics pummel the listener with a love so unavoidable that our skeptic minds seem to dismiss it as novelty. To the contrary, Father of the Bride will endure as the pivotal achievement of one of the greatest bands of our time.

I love it when bands I love exceed expectations. There are vocalists whose voices will bring us back to everything we love; unmistakable in untrained tone. There are harmonies that will make every Monday morning feel like a Friday night (but we know better than to abuse the privilege). There are records that will bring us back to the smell of the carpet in the room we lived in 20 years ago. There is a microphone and a guitar in your garage, you should dust them off.

Thank You for Listening! 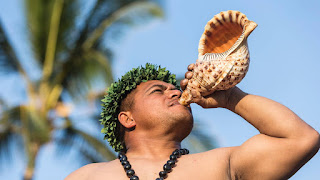 I'm sure there are movies of lore that have characterized the year forthcoming with jet packs and laser beams. Much has changed through technology and there are trends emerging that will have an impact on the way we work in 2020.

People's personal mantras are more important than ever. Whether you are passionate about fitness, mental health or the environment; your personal passions come with you to work. With the evolution of the home office and the gig economy, the line between work and life is becoming ever-blurred. Companies are taking notice and are celebrating individuality.

Where does this leave us in 2020?  How can employers be part of the motivation revolution?

Take Inventory
We've scrambled for several years to fix performance reviews. Bolstering manager/employee relationships means eliminating silos (this ideology can be difficult for mistrusting leaders to accept). A performance plan is a legal document anything beyond that is goal setting. Goals can be written on a napkin or programmed into a system and accountability is easier to accept when it is self-administered.

Each employee is unique. Help employees understand what they do well and let that drive.

Self-Selected Goals
Whether you use the SCARF methodology or ask employees to stack rank the importance of the 5 Intrinsic Motivators, allowing people to define their own path to success is the most-sustainable structure.

So many weekly performance review meetings are based in Manager critique of employee activity. No one in the history of life has been motivated by someone telling them what they are doing wrong. Allowing employees to determine their ascendance path helps them attain their goals by amplifying their strongest functional abilities.

Experiences
A recent survey revealed that the current generation of workers would get a second job to afford an opportunity for travel. This proving that physical things are becoming less-desirable than experiences. Pictures in frames are being replaced by selfies on desktops. Trophies on desks are being replaced by badges on email signatures. The opportunity to win a flat screen TV is proving less awarding than a week away in a warm climate.

Every organization celebrates their year-end achievement event. The problem is that said event tends to celebrate a very narrow % of the workforce. While your support staff look through snow covered windows, emails arrive of sales reps in Maui. It's hardly motivating.

Incentives for service well-done do not have to be defined as meritocracy. Customer service efficiency is improved through training, course-correction and collaboration... and you can reward these behaviors incrementally.

With points built up for behavioral enhancement, employees of all disciplines can find their way to the beach in the dead of winter.

Meet your employees where they sit, allow them to select their path to success and give them some time away to celebrate their achievements.