Well... the pandemic albums have found their way to the back of the vinyl collection and music as we knew it has returned (at least for the moment). In 2022, sleepy bedroom records gave way to celebratory "escape from the bunker" romps and a whole lotta live music.

Post Malone and Bartees Strange brought forth some bangers, while we may have seen the last of Machine Gun Kelly's glimpse at punk pop greatness. Billy Talent, Mom Jeans and Pup created punk adjacent records with plenty of flare and Dan Andriano reminded us there is no replacing Alkaline Trio. Pedro the Lion and Damien Jurado's melancholy persists despite the state of the global social experiment and Yumi Zouma gave us reason to breath easy once again. Charlie Hickey and Christian Lee Hutson established themselves as this years Phoebe Bridgers and Lucy Dacus. Kae Tempest laid down vocal flow to narrate the journey of transformation. Fontaines D.C. made a soundtrack to the apocalypse. Regina Spektor revisited waltzes with a little less hope. Death Cab for Cutie and Band of Horses made records that were just OK. Turns out, the girl from stranger things who has famous parents is actually an incredible song writer. Wilco and Walter Martin sang some lovely laments to nap to. We are now aware that The 1975 are just really annoying while Joyce Manor proved their virtue on the emo mantel with a near perfect record.

Where we see festivals like Coachella giving mainstage priority to pop acts and octogenarians, so now, even the beloved All Songs Considered podcast has abandoned indie rock for world music, hip hop and mainstream pop acts.

Let's hope the new year keeps venue doors open and reveals some new acts to shout about this time next year. Here are the Top 5 albums of 2022: 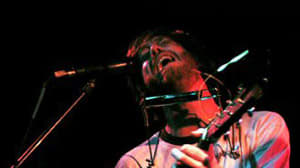 Nothing Special by Will Sheff

The Okkervil River front man seemed to be hiding in Appalachia for a while but the emergence is worth the wait. "Nothing Special" presents the familiar Sheff vocal distinction, but the song structures are more open giving the listener space to dig into the lyrical content; each listen taking us deeper into stories of desire, loss and (ultimately) hope. Like The Last Time creates a psychedelic, sun soaked, narrative that brings hope where all seemed lost. Where Marathon Girl realizes an unrequited rock bottom then cracks the door open with an invitation to move on. 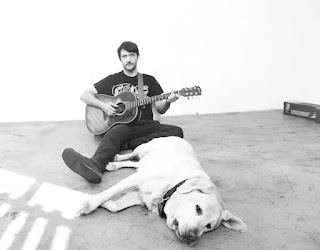 I never loved Tim's acclaimed Cursive project, but he being the Obi-Wan to Conor Oberst's Luke has finally been revealed obvious. Middling Age seems to be a divorce record, Tim Kasher's mid-life crisis an excuse for him to bring forth his greatest document to date. These songs hit hard with metaphor of every day living smashed with contradiction; the one most loved a stranger. Glasses broken, uncomfortable social affairs and looks back where the end advanced to the inevitable. 100 Ways to Paint a Bowl of Limes seems a mid-afternoon barroom wave goodbye under-toned with a tip of the cap to good times forgotten. 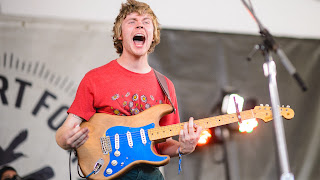 Pinegrove's triumphant debut album paired with it's almost instant collapse seemed might file them away in the category of quick shimmer indie darlings. Six years later, their 4th full length album seems to hint that hard lessons learned have produced a resilience ideal for creating ever-thoughtful music. The signature Pinegrove soundscapes and under-stated story telling remain (a little worse-for-wear, a little wiser). 11:11 spans regret with apology turning into self-awareness. Each song more aware than the next, regretful, reflective and hopeful. I guess at some point beating one's self up gives way to renewed focus. Swimming the pentacle of reflection giving birth to new hope. This record is a revelry, resound in a simple principle, "I'm done feeling sorry for myself". A soundtrack for a morning fraught with self-doubt. 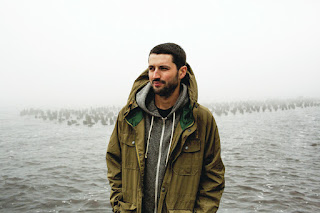 Break Me Open by S. Carey

"your eyes are starless ponds, I'd dive in with the frogs"

S. Carey, known mainly for his percussive work in Bon Iver, has certainly learned from his time close to Justin Vernon. Break Me Open is a towering (if not meditative) work that would fit comfortably amid the aforementioned auto-tune purveyors catalogue. Each songscape wide-spanning with strings, keys, harmonic vocals and Carey's signature percussion. Dark starts the record with a tone-setting lament tackling love not lost but the fear of what would happen if it was. Throughout, the listener may drift away only to be catapulted back into the frame by the words hung out over the ocean or the instrumentation that has flown it out there. 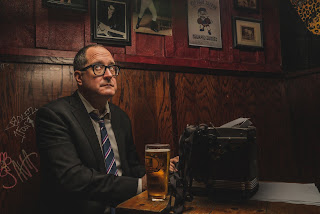 A Legacy of Rentals by Craig Finn

Craig Finn once recognized as the mad man fronting The Hold Steady with all the rock n roll glamour of a substitute science teacher (in a very good way), has certainly established new ground. Where the Steady hosted beer-soaked anthems, the author behind the stories has remained prolific in a more subdued manor. There still exist stories of youthful innocence (and the cost of it), small towns with big problems, drug transactions gone wrong and cold Minnesota winters spent elbow-to-elbow in warm bars. As Finn gets older in age his story telling remains rooted in what it's like to be young; for better or for worse. A man who has moved beyond his home town without for a minute forgetting the spirit that makes places where no one wants to live so charming. Finn, a lover of all things rock, has a ear for prose that somehow continues to blend nerd-culture with unapologetic debauchery. Messing with the Settings serves as a cousin of God in Chicago if not a bridge from All These Perfect Crosses stringing together the grace of Finn's last five solo narratives like Christmas lights on a beat up duplex. There are worn out heroes, insightful drunks, misunderstood junkies, lost souls, survivors... and there always seems to be a fish tank; all within a metaphorical mile of a dive bar somewhere adjacent to Hennepin..... and the cops are always right around the corner.

Thank You for Listening.... See You Next Year!

Posted by DavidKovacovich at 2:19 PM