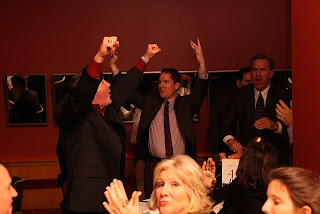 We are concluding day 3 of mandated social distancing here in Northern California but it seems like it's been 3 months. Its been made apparent that this new style of existence may last for 3 months.... thus feeling as though we've been in the bunker for 90 years (don't check my math on that).

Our staff in the incubator exists of a sixth grader and an eight grader (adapting to virtual learning), my wife, my dog, my mother-in-law and I.... so if you are alone and feeling lonely in this time, you might want to reconsider your good fortune.

With virtual work we're (almost forced) to consume a greater degree of Social Media and Television transmission. I'd suggest implementing some personal controls to limit interaction with the aforementioned channels of (mis)information.

It might be 3 weeks or 3 months (hopefully not longer than that) but we'll emerge from this with some new habits. I'd bet we'll appreciate our families more. We'll find a new appreciation for our ability to solve business problems without having to drive hours to crowded offices. We'll also miss going to offices and the hugs from co-workers that provide some levity between meetings about meetings to talk about meetings. We may get better about limiting unnecessary communication. There may come an ability to consider the circumstance of each decision we make and to prioritize our time accordingly. We might stop caring so much about things that are out of our control. Maybe we'll stop allowing hatred to guide our ego and give in to Love. But mostly, we'll miss the hugs. 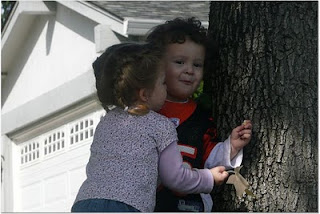 I'd assume most reading this live in a capitalist society that allows you to control your own destiny should you be willing to put the work in. So naturally, frustration will wash over us multiple times a day while shut away in our bunkers. This might prompt one to go onto social media and condemn others for trying to make a living (albeit amid a lack of sensitivity for the moment at hand). We may want to curse politicians (in-office or awaiting election). We'll get into our cars and yell at other drivers. Maybe we'll find a bottle to release our frustration that will only fuel our anxiety. We might forget about our elderly parents while locked in debate with @bootyshaker2006. This too, I would advise against.

Indeed, our desire to control what we cannot may give way to a need to revisit that which we know to be universally true....

In his remarkable 2013 South By Southwest keynote, Dave Grohl reflected on a time of sleeping on floors and on stages and on floors underneath stages. Recalling this venture through a slumdog existence with complete joy. He was dirty and uncomfortable and the future was uncertain but he was free.

Mr Bruce Springsteen recalled his family fleeing to the west coast leaving him a teenager alone in his home town. The page was completely blank, everything was uncertain, there was nothing but opportunity in front of him...... It was his to explore.

David Foster Wallace explained to Kenyon College's class of 1995 that the most important choice they had in-front of them was the choice of that which they chose to worship. Advice without entitlement left to ponder before he left the world.

The unlikely Icon, Rodney Mullen spent his life hell-bent in the pursuit of perfection (only to achieve it twice).

Coach Jim Valvano reminded us to laugh, think and cry.... every day.

Then there was the guy who climbed a 3,000 vertical surface without a rope.

We've heard world leaders make bold statements with promises of action in times like these that helped us pull up our boot straps. There are pre-game speeches from coaches leading their teams into what seemed certain defeat only to propel them to victory. There are scenes from movies that inspire our spirits to tears. There are songs that fill the air and set time into complete neutrality.

.... and you can access it all without having to leave the bunker. 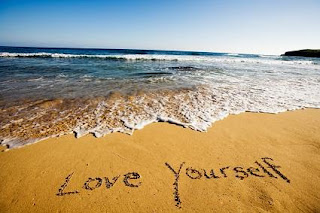 Turn off the news. Shut down the lap top. Go find what really matters.

Dave
Posted by DavidKovacovich at 2:01 PM